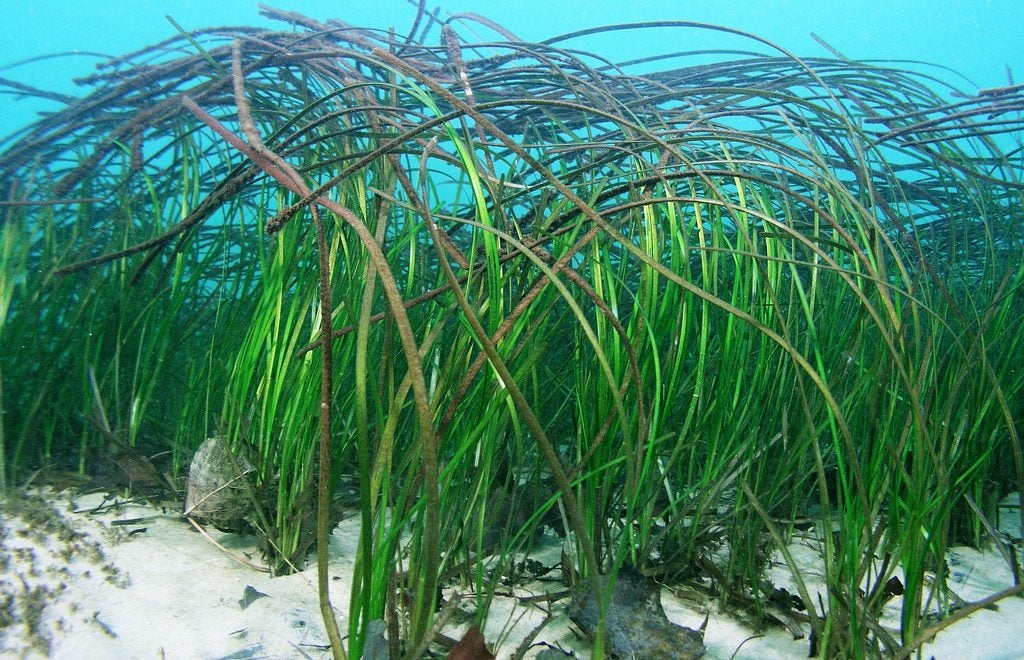 This piece was written for my upper division university writing class, Writing in the Sciences. We were required to write a review article on a topic of our choice, and I chose the relationship between genetic diversity and disturbance of Zostera marina. I decided to pursue this topic because I was concurrently working in a molecular ecology eelgrass lab on campus, and I believed to get the most out of this lab experience I should have a good grasp of the current research that is already published and what still needs to be published within the subject. I hope this review gives readers a better understanding of where we now stand in eelgrass molecular ecology research, just as it did for myself.

Seagrass is a foundation species that provides many benefits to both humans and coastal ecosystems. A dominant seagrass species is the eelgrass Zostera marina, which, as an ecosystem engineer, contributes largely to nutrient cycling, habitat provision, and primary productivity [1]. With some of the most productive marine plant communities being species poor, including seagrass, and with anthropomorphic disturbances expected to increase, it is important to understand the effects that these circumstances will have on the genetic diversity of foundation species such as Z. marina [2]. There has been significant research showing the positive effects of genetic diversity on eelgrass disturbance response, highlighting how important this diversity will be with increasing disturbance due to climate change [8]. However, there has been little research on the influence of disturbance on genetic diversity. This paper will outline the previous research published regarding the benefits of genetic diversity on disturbance response and will offer ideas for future research in the hopes of filling in gaps in our understanding of disturbance on genetic diversity of the eelgrass species.

Ecological disturbance can be understood as any event that disrupts ecosystem community, affects population structure, changes resources, or alters the physical environment [9]. These ecological disturbances, which are inevitable features of nature, can have sizable impacts on ecosystem dynamics and structure. In 1979, Wayne Sousa sought to understand ecological disturbance through a manipulated experiment. Sousa looked at algal succession on boulders, assuming the smaller the boulder, the more disturbance it would experience due to incoming waves. The results showed that the frequency at which the rock was overturned was correlated with the difference in species composition. In other words, the amount of disturbance received was responsible for the difference in the algal species diversity [7]. This finding is helpful information, but with many marine plant communities being species limited, it is more important to know about the relationship between disturbance and diversity on the genetic level [6].

A clear correlation can be seen between genetic diversity of eelgrass and disturbance response. Thorsten Reusch set up a manipulated experiment recording shoot density of Z. marina with plots of four different genotypic variation [6]. When a heat wave came to the area where the plots were planted, the plots with higher genetic diversity responded better to the disturbance, showing increased levels of total shoot count and biomass. Following up this study, Reusch designed a new experiment again testing the effects of genetic diversity on temperature disturbance response. Since the first experiment’s disturbance was natural, this study would be the first of its kind to conduct a simulated heat wave on eelgrass to see if genetic diversity could buffer the losses due to heat. The results showed both that the warming had a negative impact on the shoot density and that the more genetically diverse plots responded better to this disturbance [1]. Both of these studies build off of each other to show the benefits that genetic diversity of eelgrass species can have to rising sea water temperatures. This is significant research, with a recent study detecting an acceleration of sea surface temperature rise during the 20th century [10]. As temperatures continue to rise, understanding the benefits that genetic diversity can have on the response to thermal disturbance will be essential in future policy decisions for eelgrass communities and coastal ecosystems.

Effects of Disturbance on Genetic Diversity:

While the benefits were observed of genetic diversity on disturbance response, Reusch was the first to study the inverse of this relationship in 2006. Reusch wanted to test three things: whether the physical disturbance would increase the genotypic diversity of Z. marina through an increased number of sexual recruits, if changes in genotypic diversity depend on the intensity of the physical disturbance, and whether disturbance would cause less competitive genotypes to be released from competition. The vegetation removal (disturbance) was controlled and the genotypic composition was monitored for two years. The results showed more sexual recruitment (represented by more shoots with new genotypes) and increased genet dynamics (represented by increased change in genotypic diversity) [11]. These results could be explained by the disturbance clearing neighboring shoots, allowing for less competition and more sunlight for the new seedlings and eventually more genotypes in the eelgrass bed. Recently, however, a study by Randall Hughes looked at the influence of genetic diversity on seedling biomass in the eelgrass species Z. marina. The results proved similar to Reusch’s, but without any manipulated disturbance. The seedlings from the polycultures had larger shoots compared to the seedlings from the monoculture [3]. This finding diminishes the importance of the results to the Reusch study, showing that even without disturbance there may be more sexual recruitment due to higher genetic diversity. With Reusch’s results now not completely understood, it is even more vital that we spend more energy and resources on this relationship between disturbance on genetic diversity.

Disturbance is an important ecological process, but its effect on eelgrass diversity is relatively unknown. Recent research shows the possible influences disturbance may have on seedling recruitment, which leads to genotypic diversity, but there is much more to be studied about this association. Once more is cumulatively understood and tested, we will have a better idea of how to prepare for forthcoming disturbances and plan mitigation strategies for eelgrass communities.