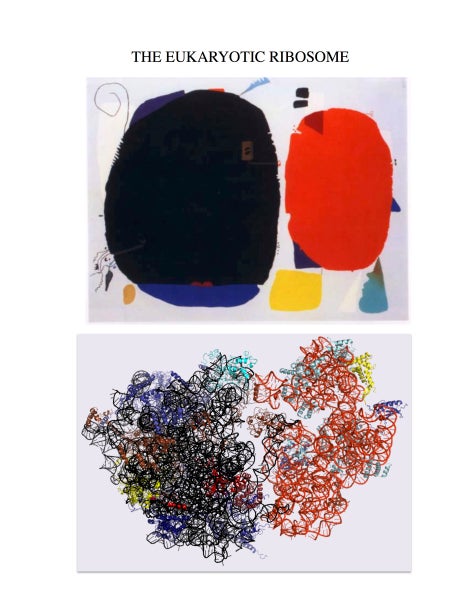 The basic mechanism of ribosome based-protein synthesis is conserved among all domains of life. The ribosome comes in two parts. The small subunit interacts with the mRNA and decodes the interaction with the aminoacyl tRNAs. The large subunit contains the active site of peptidyl transferase. The two subunits together form three pockets for three forms of tRNA. The A site is where the aminoacyl tRNA binds, the P site holds that peptidyl tRNA when the A site is occupied. The E site contains the deacylated tRNA following peptidyl transferase. The ribosome is a huge conglomeration of RNA and proteins. The RNA appears to do all the heavy lifting for the main catalytic event of protein synthesis. So what came first, the protein or the ribosome?

Obtaining the crystal structure of the ribosome was a tour de force effort. The Nobel Prize for solving its structure was awarded in 2009.