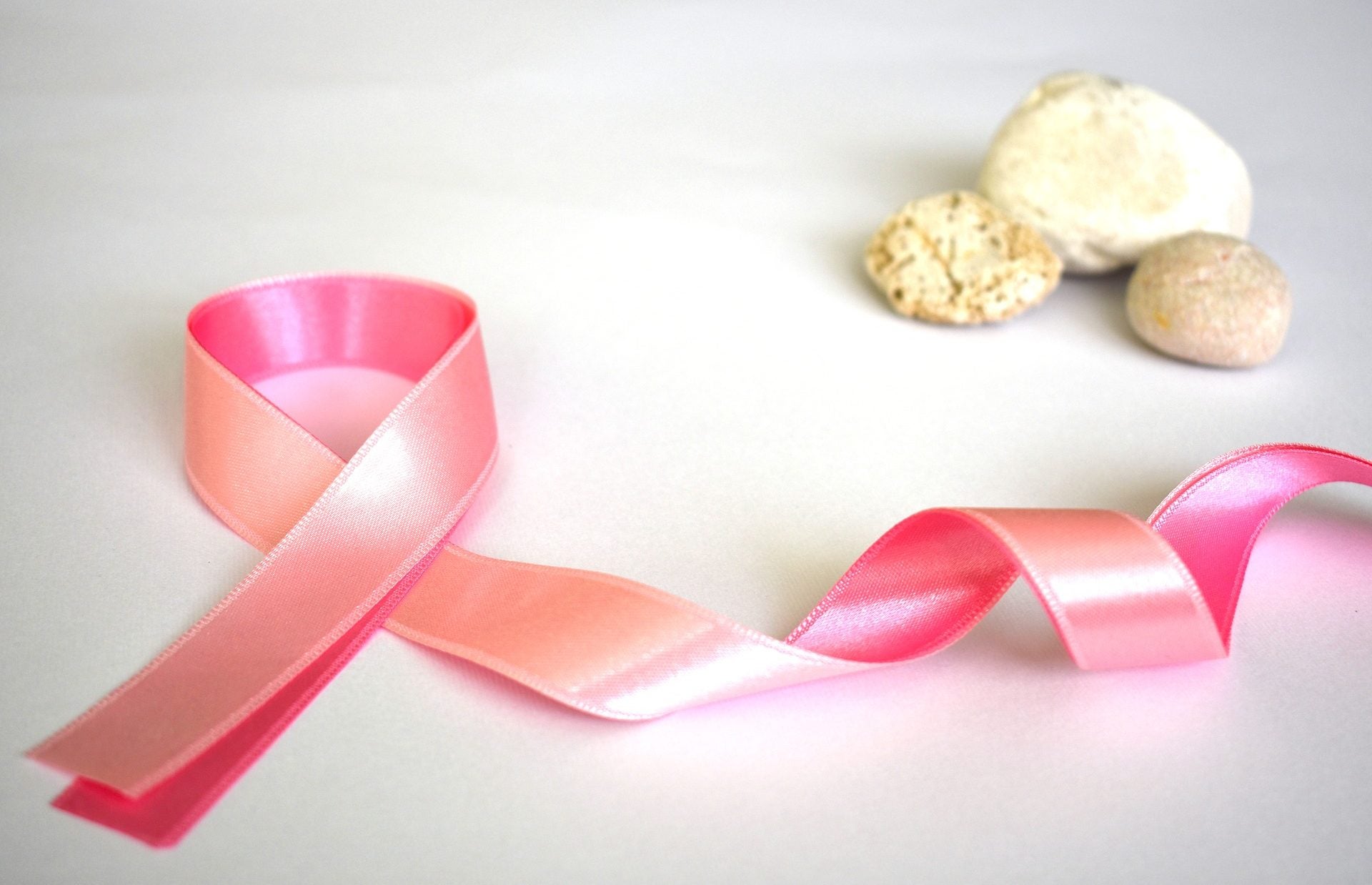 Author’s Note: I wrote this piece as part of my UWP 104F assignments and ended up becoming really interested in what I wrote about. I specifically chose this topic because I think breast cancer is a smart, complex disease, and the treatment can change day-to-day. I wanted to shed light on a widely accepted breast cancer treatment that is now under review after discovering that it can cause cardiac dysfunction.

A portion of all metastatic breast cancers overexpress the human epidermal growth factor receptor 2 (HER2). When HER2 is overexpressed, the cell uncontrollably divides.  This form of cancer is commonly treated with a combinatorial treatment of chemotherapy and Herceptin©, clinically known as trastuzumab, to specifically target overexpression of these receptor proteins. Recently, cardiotoxicity and cardiac adverse events have presented in patients treated with trastuzumab for ten years or longer. The prevalence of this side effect has resulted in several studies to determine trastuzumab mode of action in cardiotoxicity and its overall efficacy in long-term treatment. This literature review examines the association between trastuzumab-use and cardiac dysfunction, followed by recent discoveries that potentially explain the mechanism it affects. Finally, this review examines the effect of time interval on efficacy of trastuzumab and cardiotoxicity risk reduction in patients. More research is necessary to determine the absolute risk of cardiotoxicity with prolonged treatment and potential biosimilars that contain similar efficacy but reduce the risk of cardiac dysfunction.

According to an article by Paddock (8), up to 20% of all invasive breast cancers are caused by human epidermal growth factor receptor 2 (HER2). HER2 proteins, also known as erbB proteins, are a family of proteins that play a role in development and the maintenance of cells during a mammal’s lifetime. This protein is used as a dimerization (a process where two proteins bind together to carry out their function) component of other HER2 proteins to form a receptor; these receptors initiate a signaling cascade that controls the division and growth of cells (7). The overproduction of this protein is the cause of a quarter of breast cancers diagnosed yearly. This correlation has led to the targeting of HER2 for breast cancer treatment. Trastuzumab (commercially known as Herceptin) is a humanized monoclonal antibody (an antibody from a non-human source that’s been engineered to work similarly in humans), that specifically targets the HER2 receptor (1). It binds to HER2 receptors to interfere with its dimerization process; this causes the cell to arrest and reduce HER2’s signaling pathway (1). Use of trastuzumab, in combination with chemotherapy, has increased the 10-year survival rate of cancer patients from 75% to 84% (8).

Although trastuzumab has proven to be extremely effective in treating HER2 breast cancers, current studies have observed that cardiotoxicity is a side effect. Characteristics of cardiac dysfunction, as defined by the Cardiac Review and Evaluation Committee (CREC), can include a decrease in left ventricular ejection fraction (LVEF), symptoms of congestive heart failure, associated signs of congestive heart failure, or a combination of a decline of LVEF by 55% and accompanying signs of congestive heart failure (10). Several retrospective analyses have been conducted on previous clinical trials using trastuzumab to determine the percentage of patients inflicted with cardiotoxicity. A cohort study conducted by the M.D. Anderson Cancer Center observed that 27% of their patients experienced cardiac dysfunction as a result of adjuvant trastuzumab treatment (2). This study was one of the first to conclude that cardiotoxicity is a significant side effect that deserves more research and exploration.

This review will examine the association between trastuzumab use and cardiotoxicity, the mechanisms and pathways it affects, and the possible methods of reducing the risk of a cardiac adverse event in patients undergoing this treatment.

With the increased incidence rate of cardiotoxicity detected in patients treated with trastuzumab, researchers have attempted to recreate it in animal models that can be used to determine adverse effects. A pre-clinical investigation conducted by Milano et al. (5) induced cardiotoxicity with using doxorubicin and trastuzumab in a mouse model. Doxorubicin is an antitumor anthracycline that’s commonly used to treat cancer in conjunction with an antibody-specific treatment (5).

Through these mice models, the researchers found that trastuzumab alone decreased erbB2 and erbB4 gene expression in the cardiomyocytes of the left ventricle; this decreased expression led to dilation of the left ventricle but was normally reversible with discontinuation of the treatment. Doxorubicin, on the other hand, was shown to reduce the thickness of the left and right ventricle walls. Trastuzumab was found to exacerbate the effects caused by doxorubicin, not cause them (5). This study was one of the first to recognize and understand the effects of repeated trastuzumab and doxorubicin injections on pathophysiology.

The results from this study strongly suggest that trastuzumab has a role in exacerbating cardiac dysfunction induced by Doxorubicin, but it is not the sole cause. The results do not accurately describe the metabolic effect on trastuzumab in humans based on the physiological differences between human and mice. However, these findings have provided a new direction for research regarding the mechanisms underlying trastuzumab-induced cardiotoxicity.

While there were significant findings involving animal models, Milano et al. (5) failed to provide information for researchers to understand the pathways it affects. Mohan et al. (6) studied the effect of trastuzumab on autophagy in cardiomyocytes, using mice as a vehicle. The researchers hypothesized that trastuzumab-induced autophagy modulation has implications in the overproduction of reactive oxygen species (ROS). ROS species production occurs in cardiomyocytes. The accumulation of cell damage develops into cardiotoxicity (6). The researchers found that trastuzumab dysregulates HER2-signaling, which leads to the inhibition of the autophagy pathway, disrupting the mitochondria’s function and increasings ROS production.

The researchers found that after 48 hours of treatment, cells fluoresced more intensely than the control cells in response to increased oxidative stress (6). This study offers evidence that trastuzumab-binding dysregulates HER2-signaling, which may interfere with the cell’s abilities to repair itself, due to oxidative damage caused by the overproduction of ROS. This opens up the discussion about whether or not trastuzumab-inhibition of erbB2 dimerization is the main method of action that causes cardiotoxicity. This study has been used as a stepping stone in understanding the mechanisms that underlie trastuzumab-induced cardiac dysfunction.

Other researchers have used the results from the Mohan et al. (6) study to replicate trastuzumab-induced cardiotoxicity using human stem cells in vitro to better understand its effects in humans at the molecular level. Kurokawa et al. (4) measured cardiac function from human stem cells (iPS-CMs) after 72 hours of exposure to 1 µM of trastuzumab. The researchers discovered that iPS-CMs are able to replicate the cardiotoxic consequences of trastuzumab-inhibited erbB 2/4 signaling (4). Although this discovery has important implications for cancer treatment in humans, the researchers were only able to detect cardiotoxicity when iPS-CMs were also treated with Doxorubicin (4).

The results of this study are limited, due to the fact that researchers only utilized one line of human stem cells and did not fully replicate the cardiac microenvironment found in the culture medium. While this study offers a novel human model that can better replicate toxic effects of cancer treatments, it fails to provide clarification on the direct effect of trastuzumab on cardiomyocytes to induce cardiotoxic events.

The studies and clinical trials mentioned previously concluded that trastuzumab is effective and safe for use in most patients. However, the recent research between the association between long-term use of trastuzumab and cardiotoxicity necessitates further research and exploration. Mohan et al. (6) and Kurokawa et al. (4) concluded that trastuzumab affects the HER2 signaling pathway, which has important implications in the normal function of the adult heart. Even though this is the target protein for HER2 metastatic breast cancers, further research needs to be done in order to specifically target overexpression in malignant cells or the mutant machinery that enables overexpression. It’s important to explore the appropriate time interval to maximize the benefits of trastuzumab while maintaining a low risk of adverse cardiac events moving forward.

Currently, trastuzumab is administered 1 year after chemotherapy treatment. However, recent studies have been conducted to test whether a shorter trastuzumab regimen administered during chemotherapy treatment would have similar efficacy with less risk of cardiac dysfunction in comparison to the standard. A clinical trial conducted by Joensuu et al. (3), hypothesized a 9-week combinatorial therapy of trastuzumab and chemotherapy offered the same benefit of standard treatment with trastuzumab. The researchers found that the 9-week regimen resulted in fewer cardiac events but were unable to prove that it had a significant impact on efficacy compared to the standard treatment (3). Similarly, the PHARE clinical trial hypothesized a 6-month regimen of trastuzumab compared to 1-year. The researchers were unable to conclude that the shorter duration of trastuzumab treatment resulted in the same or better therapeutic outcomes as the 1-year treatment even though cardiac dysfunction was significantly reduced. The researchers  acknowledged that the standard treatment resulted in a small amount of cardiac toxicities but were reversible with a stoppage of treatment, as observed in 93% of affected patients (9).

The trials conducted by Joensuu et al. (3) and Pivot et al. (9) fail to prove that a shorter treatment regimen has superior therapeutic effects, even if combined with chemotherapy. However, both trials observed that the development of cardiac dysfunction is present in both lengths of treatment. Their results further support the hypothesis that trastuzumab has a significant role in the development of cardiotoxicity.

The protocols used in these studies do not provide foundational evidence for predicting risks associated with long-term treatment using trastuzumab. While a small percentage of patients have irreversible adverse cardiac events, these patients are still a significant consequence for a widely accepted cancer treatment. Studies and further research should be focused on reducing and preventing the risk of major cardiac dysfunction in patients treated for longer periods of time.

Despite the clear benefits trastuzumab provides, the risk of cardiotoxicity cannot be ignored. While the  risk of cardiotoxicity remains low and reversible in most patients, this is not the case for a minority of patients. Current case studies reported patients who were assumed to be low risk still developed irreversible cardiac dysfunction during treatment with trastuzumab. Thus far, the “cure” for cardiotoxicity has been stoppage of trastuzumab administration. This leaves the patient vulnerable to remission. In response to these new concerns, researchers have begun developing and testing biosimilars of trastuzumab for similar efficacy; however, success remains low. Cardiotoxicity is a major side effect of trastuzumab, but it is the solution on the market for metastatic breast cancers. Until more definitive research is done, physicians and patients should proceed with caution and recognize the potential risk associated with trastuzumab treatment.