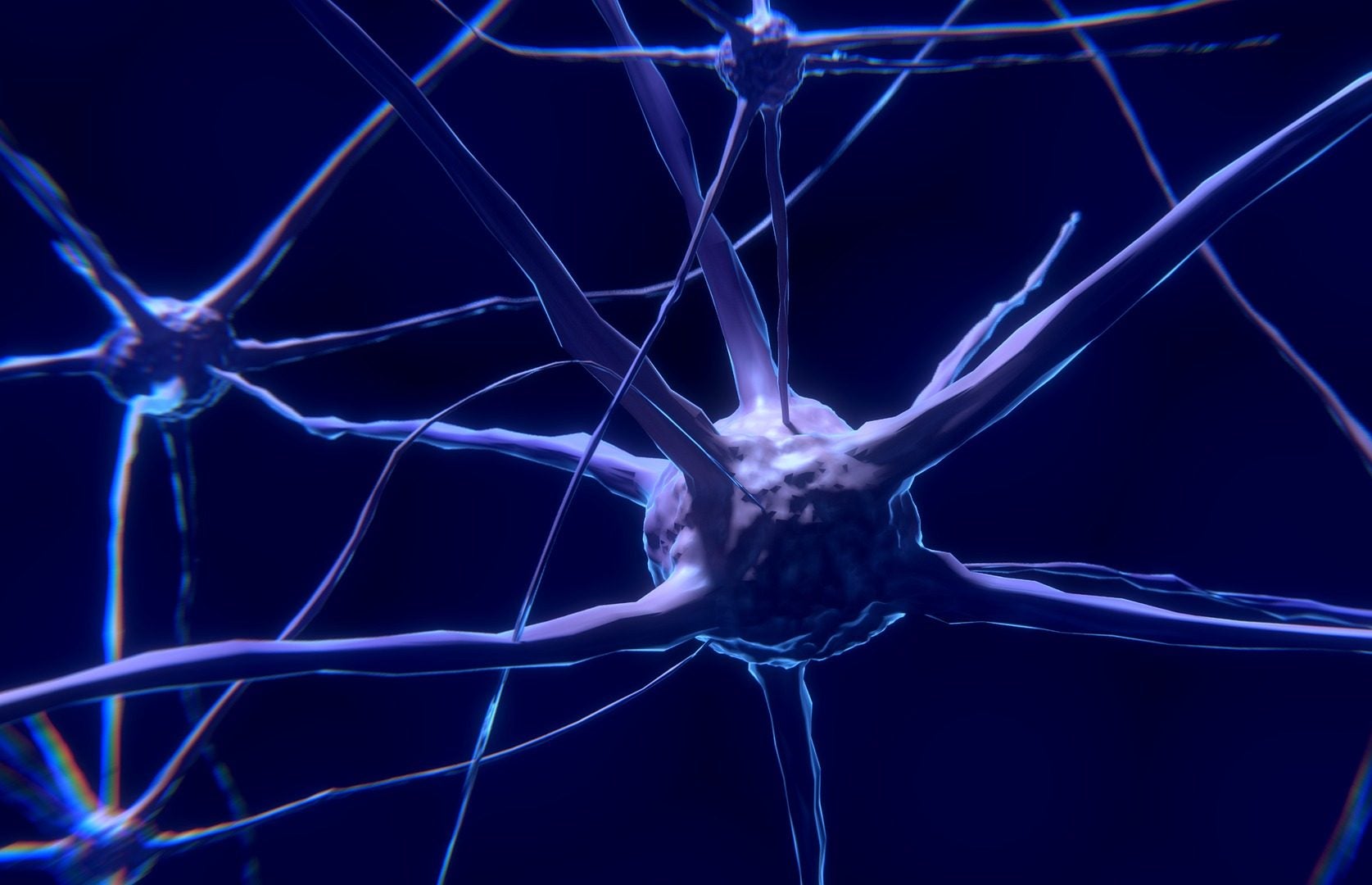 Author’s Note
This topic was brought up during our discussion on the development of the nervous system in my neurobiology foundations class. I found it to be interesting because of its significance in the earliest stages of our lives. Further research into scientific literature discussing the role of pruning in neurodevelopment led me to learn more about its mechanism, distinctions from other forms of axon degrading, and its use in adult organisms.

Introduction
The early developmental stages of the nervous system produce an excess of neural connections. In order to regulate developing circuitry, our nervous system has a set of functions grouped together known as axonal degeneration. Certain situations, such as neurodevelopment, learning, and injury, require the degradation of synaptic connections. However, these intricate deteriorations are not detrimental. It is important for these unnecessary links to be removed in order to promote basic functionality, organization, and neural plasticity.

Axon degeneration first came to the attention of neuroscientists during studies of neurodevelopment and developmental plasticity. This latter term refers to structural changes made during early postnatal development, in response to the external environment and the amount of internal activity or stimulation. Historically, the most commonly used model in studying developmental plasticity is the ocular dominance column, which is found in the brain as part of the visual cortex. The basis for this model is thanks to a study published in 1963 by Torsten Wiesel and David Hubel, one that earned them the Nobel Prize in Medicine in 1981. The two recorded neural activity in the visual cortex of kittens, which have similar structural features to the developing human child’s brain. These recordings required inserting an electrode into the area of interest within the brain of the sedated kitten and listening to a crackle-like sound. The intensity of this sound depends on the frequency that neurons fire action potentials in response to visual stimulation the researchers presented to the anesthetized kittens. More specifically, the variations in intensity of sound demonstrated differences in how neurons responded to black versus white light.

Following these trials, the pair found a particular orientation of light that covered the entirety of the neurons’ range of vision. This demonstrated a way to develop a topographical map of the visually-processing part of the brain, and revealed that neurons within the visual cortex are systematically organized. The cells are grouped into ocular dominance columns, and eventually converge optic information to create a larger image that the rest of the brain can process binocularly. At the moment that neurons are activated in ocular dominance columns, they are providing monocular input, as sections of cells in these columns are segregated and respond only to input from one eye.

Subsequent experiments have shown that manipulating the distribution of visual input during early postnatal phases can alter the visual cortex structurally and functionally. Plasticity is an essential component of the developing brain. There is a remarkable amount of synaptic growth, mostly in creating synaptic connections, that occurs over the first one or two years in the human brain. These initial connections are sometimes described as “experience-expectant,” meaning that the developmental stage anticipates learning cues to fill the synaptic connections with information at a rapid pace. Learning requires physical space in the brain; therefore trimming undesirable synaptic connections can be beneficial. This is the essence of plasticity. In the visual cortex, these same principles can be applied to the ocular dominance columns amongst other groups of neurons. Varying and unusual stimulation of rods and cones in developing eyes, caused by excessive exposure to light or the lack of it, can cause permanent changes in the neural architecture of the visual cortex. Under-stimulated neurons that had an expected role will have their synaptic links degraded by pruning, disabling those neurons from firing for that purpose.

Axon pruning plays an important role in neurodevelopment and even in neurodegenerative diseases. Understanding the mechanism of pruning and its effects on cognitive function is both interesting and relevant to the goals of modern medicine.

Different Pathways of Axon Degeneration
The degradation of axons is observed through three different phenomena: Wallerian degeneration, axon apoptosis, and axon pruning. The first process, also called axotomy, is the process of degrading an axon by severing its ties to neighboring cells. Axon pruning and apoptosis have mechanistic similarities in how they are initiated through cell signaling and carried out using caspases, which are enzymes that degrade proteins and peptides. However, the main difference between the two mechanisms is in the types of caspases used to signal degradation. The different types of caspases cause the destruction of either the entire cell or just the axons. This distinction, among others still less clear to researchers, allows axon apoptosis to destroy the entire neuron, while axon pruning degrades targeted axon branches. Neurodevelopment, neuroplasticity, and injury recovery all utilize axon pruning as a means to redevelop, repair, and create more efficient pathways in the brain.

There are several distinctions between apoptosis and pruning. Apoptosis is primarily used during early stages of life and development, but axon pruning becomes more prevalent in the adult stages when the neural circuitry is less flexible and requires more delicate changes. Along with having a significant qualitative difference in what and when they degrade, the two destructive processes are regulated separately and are the results of distinct pathways being activated. There are clear, observable differences following their completions, but the fact that pruning and apoptosis use the same proteins begs the question of how the nervous system selects one process without triggering the other. In 2013, Cusack et al. investigated the cellular distinctions of the two processes and their respective pathways. Although pruning and apoptosis share Bax, Caspase 9, and Caspase, their results suggest that there are other factors involved in each process that provide the mechanistic distinctions. Apoptosis requires Apaf-1(apoptotic protease activating factor 1), but pruning utilizes Caspase 6. There are still several areas of uncertainty in how exactly these factors interact. In one experiment, the group compared mature neurons to young neurons and their responses to complete NGF deprivation. Adult-stage neurons, which typically have more connections, were found to prevent apoptosis but allow for pruning. This suggests that synaptic plasticity is not as common in the adult brain, but does not mean that it is impossible. The maintenance of both processes into adulthood is critical, as it allows for learning but protects from degeneration due to age.

The Mechanism of Axon Pruning
Most of our understanding of the mechanism of axon pruning comes from experiments triggering pruning in neurons of the peripheral nervous system (PNS). This is done by isolating parts of the neuron from nerve growth factor (NGF). NGFs are critical proteins involved in promoting survival and growth for neurons. In studies where only the axon was subjected to NGF deprivation, axon pruning was initiated. During localized NGF deprivation, a signaling cascade places Dual Leucine Zipper Kinase (DLK) on the targeted axon, and the kinase signals the soma, the bulbous cell body of a neuron, to activate transcription factors that carry out pruning. C-Jun-N Terminal Kinases (JNKs) broadcast the DLK signal further. Although there are a growing amount of observations of the signaling and initiation of pruning, the mechanism of how pruning is executed is less understood.

A recent study has shown that a protein called Puma is a restrictive mediator of pruning, as its presence keeps regions of the axon from localized NGF deprivation, which in turn protects those stretches from degradation. Interestingly, in addition to protecting regions of the axon from degradation, Puma has a potential role in directly activating a protein named Bax that carries out pruning. The movement of Bax into the mitochondrial membrane triggers the release of cytochrome C, which is thought to trigger the release of apoptotic factors such as Apaf-1 along with Caspase 9 and Caspase 3. These latter three degrading proteins are also featured in axon apoptosis, and have been observed to provide similar signal transductions and actions in axon pruning as they do in apoptosis. Localized degradation in axon pruning is the defining characterization which separates the process from total cell death by apoptosis.

Axon Pruning and Injury
Recovery from injuries in the central nervous system (CNS) involves axonal regrowth that eventually leads to functional connections. Regrowth requires plasticity, but in order for this to take place, both aberrant and non-functional axons must be cleared from the circuitry. There is a gap in understanding the process of regeneration. Many current studies look to understand the reformation of synaptic connections as well as axon degradation as a whole. It is known that there are multiple potential impediments for axonal outgrowth in a given scenario, one of which could be unkempt nerve damage.

Further Research and Conclusions
The field of neuroscience works to expand on this incredibly interesting frontier. It is important to understand the mechanisms of neurons and their synaptic communication due to their role in most of our functionality and in forming the people that we are and know. Neurodevelopment, injury recovery, and learning are examples of the extent that axon pruning influences. Further research should continue to explore the role of neuronal degradation in these complex processes. Having a stronger command of how we recover from devastating injuries and how we create space for new synaptic connections would have a direct impact in improving lives. Continuing to uncover the processes of axon pruning and degradation provide hope for finding treatments for neurodevelopmental disorders, particularly involving learning and memory.