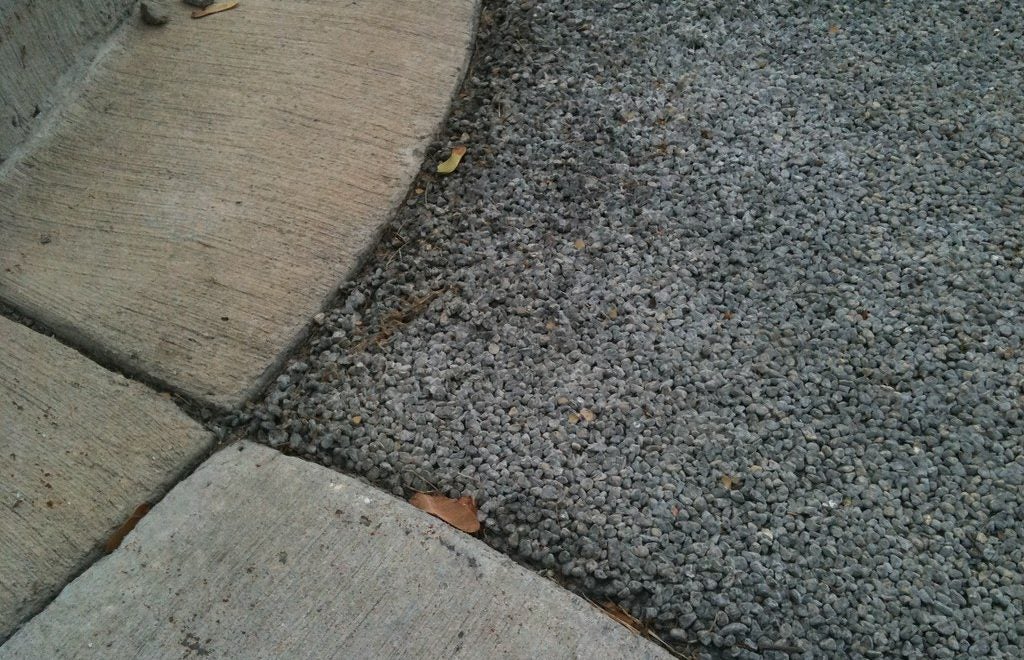 Authors note: UC Davis does an immense amount of waste reduction and energy conservation practices, but after writing this essay in my Water Quality at Risk class I wondered if it is enough.  In 2018, UC Davis did not make it on the “Cool Schools” list by Sierra Club Magazine. The previous year we were ranked as number 32. I was assigned this essay to compare some of the practices that UC Davis does with other schools to get an understanding on what we are excelling at and where we can improve. I chose to focus on how we can improve in regards to water waste with an implementation of porous concrete.

Widely acclaimed for its expertise and leadership in environmental sustainability, the University of California, Davis has a multitude of practices in action to keep a green and ecologically friendly campus.  These practices include transformations in agriculture, utilities, education, and student involvement. An agricultural change at UC Davis that has greatly reduced water waste is the switch to a low-water landscape in the arboretum.  A recent implementation of UC Verde Buffalo Grass which was developed by Meghan Call and Kevin Siew at UC Davis and UC Riverside requires only 25 percent the amount of water used for other turf grasses [5]. Additionally, utility advancements on campus have been made by eliminating single-pass cooling, which disposes of water after one-time use, for laboratory equipment in favor of closed-loop systems, which reuse and recycle the water. UC Davis has also adopted practices such as trayless dining and using refrigerators to defrost frozen food instead of water, which has reduced the university’s water consumption during mealtimes. Currently, one-third of our campus fixtures have been replaced with low flow versions, thus resulting in less water usage than the conventional model. We also have 35 hydration stations on campus, discouraging the use of bottled water which conserves energy by reducing the amount of raw materials needed to produce bottle water [7]. There is also opportunity for UC Davis students to get involved with sustainability through the LEED-EBOM program that investigates leaks and water saving opportunities on campus. While UC Davis has a range of green practices put in place, with their score of 43/70 for water and their removal from the list of top environmental campuses it is evident that there is much needed improvement. By looking at the innovations and changes done by other schools, UC Davis has an extensive amount of potential changes that could be implemented to improve the campus’s eco-friendly presence.

While exploring the rankings on the Sierra Club page, both Vanderbilt University and Sacramento State scored 70/70  in 2017 in the category of “Water” due to their latest advancements in water sustainability. After researching their practices, I found options that UC Davis could attempt. Vanderbilt University has installed waterfree urinals that work by urine falling down the drain via an internal trap filled with a liquid chemical as opposed to water. Each waterless urinal can save up to 40,000 gallons of water each year [8]. Sacramento State has also improved their water conservation and in 2015 won the Urban Project Development Award in 2015 for implementing porous concrete. When water such as rainfall runoff runs over the porous concrete, it is able to be absorbed through the concrete and go directly into a gravel bed below and then subsequently become groundwater.

Inspired by Sacramento State’s implementation and by the success of porous concrete cited by the “International Journal of Transportation Science and Technology”  a proposed change for UC Davis is to execute porous concrete [6]. Permeable pavement has the ability to control stormwater with more feasibility, improve water quality, and reduce urban heat island impact on the local environment of UC Davis. Traditional impermeable pavement causes water to run off much faster than it does for vegetated surfaces, which can cause overflow of storm water collection systems. Whereas, permeable pavements allow a larger amount of stormwater to pass through the surface and be absorbed into the ground below [1]. This would also minimize or even eliminate the need for stormwater and collection systems, decreasing the energy usage drastically. Based off of North Carolina State University Permeable Pavement Research, they found that permeable pavements reduce runoff percentage by about 98%, whereas standard concrete only reduced 32% of runoff [1]. They estimated that the cost of installing porous concrete versus hot mix asphalt would save a total of 64,649.66 dollars over a 25 year span for a halfacre of porous concrete over asphalt [2]. Though conventional asphalt has a lower installation cost, the cost to maintain it is significantly higher than the upkeep of permeable pavements due to cracking and patching of worn out surfaces [2]. The only regular upkeep needed for permeable pavements is vacuuming so that the surface water continues to permeate to the underlying soil. This cost to effectuate permeable pavements should be covered by UC Davis as it is strategic to them in the long run due to the fact that they would no longer have to pay for preservation of conventional pavement with permeable pavement, practically paying for itself overtime.

Porous concrete not only saves the quantity of water, but also will improve water quality by decreasing the temperature of the water and the number of pollutants discharged into surface waters [2]. This is due to water flowing directly underground and avoiding picking up particles from the street. Standard paved surfaces reflect solar heat and create an urban heat island (UHI)  because of the elevated temperature located within a region [2]. Permeable pavements are generally a lower contributor to the UHI effect in regions that have hot weather. This will create cooler stormwater runoff and will positively impact nearby biological communities by reducing the amount of higher temperature water that they receive.

Some potential concerns are extra cost when focusing solely on the concrete, moisture damage that can occur due to water getting stuck within the concrete, and an increase risk of groundwater contamination. The extra cost associated with the pavement will overtime pay for itself due to replacing the costs of maintaining a stormwater management system. An example of this is in Garden Valley, Washington where a modeling study was conducted, the EPA found that their cost comparison between conventional development cost and their cost for installing and up keep of pervious pavement saved $63,700 [6]. Some potential problems associated with permeable pavement has been prevented. If moisture damage does occur, it can be reduced by the addition of an anti-strip additive treatment which increases the bonding strength between asphalt and the aggregate. Concerning filtration through the porous concrete, a study has been done at the Edison Environmental Center where the EPA’s Urban Watershed Management Branch has been monitoring the permeable pavement demonstration site.  The results showed that the amount of Total Organic Carbon in the infiltrate, which should be less than 25 ppm, was reduced, meaning that the permeable pavement retained TOC [6]. This leads to less organic carbon in the water collected. Overall, the installation of permeable pavements is a valuable choice when compared to common asphalt. The advantages that come with having permeable surfaces outweigh the disadvantages and makes it an attractive alternative to UC Davis as it constitutes a more sustainable and cost effective option. This implementation would be favorable to putting UC Davis back on the Sierra Club Rankings for the most environmental schools.