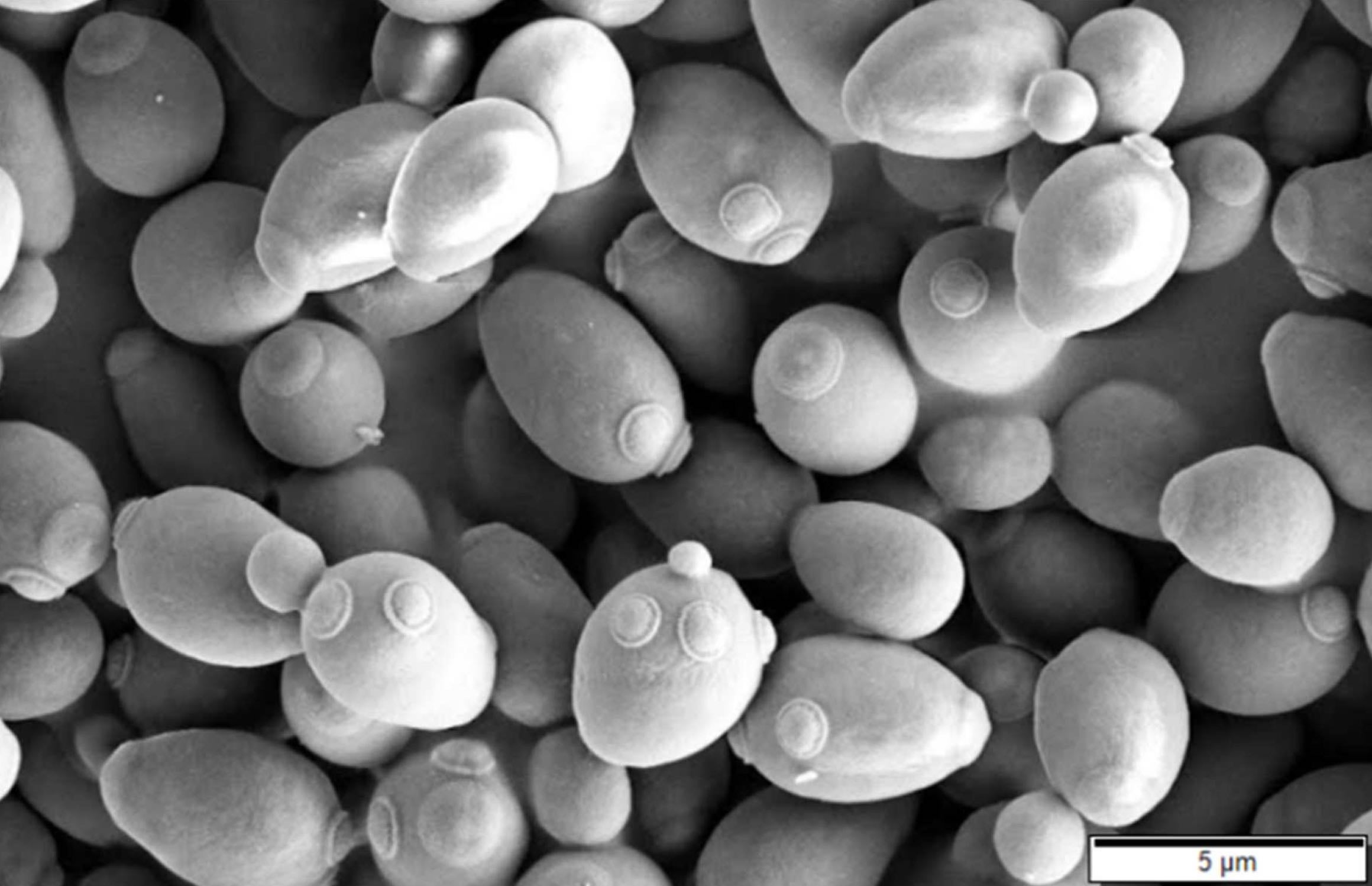 Author’s Note: After taking FST 3, Introduction to Brewing, I was intrigued by the brewing process and how yeast are such an important factor to the quality of beer that is produced. I have since looked deeper into yeast and the fermentation process, gaining a special interest in yeast-related research. I wrote this paper in order to discover more about the unique qualities of yeast and fermentation while informing others about this microorganism’s relevance to humans and other scientific processes.

In December of 2016, Walters, et al. released a scientific article detailing the discovery of mRNA that were capped by nicotinamide adenosine dinucleotide (NAD). Typically, mRNA are capped at the 5’ end by an adenine triphosphate (ATP) molecule, which provides a signal to RNA polymerase II that allows for the initiation of transcription (Zhang 2013). When studying the mRNAs of saccharomyces cerevisiae, a species of yeast, it was found that a molecule of NAD was attached to the 5’ end of mRNAs that coded for ribosomal proteins and “mitochondrial encoded transcripts” (Walters 2016).

It is important to recognize the significance of this discovery. Yeast are widely used in society, especially for brewing beer and baking bread. Throughout this process, yeast enzymes carry out glycolysis and alcoholic fermentation using NAD and ATP as organic cofactors, which are molecules that assist enzymes in carrying out vital activities. These two molecules are often simultaneously active in the same metabolic pathways. It is evident that NAD and ATP are necessary molecules and have likely evolved to be so important to cellular mechanisms due to their comparable chemical structures and the fact that NAD is a metabolite of ATP (Berg 2002). NAD is synthesized in cells through two pathways, either by the combination of amino acids or by the recycling of components that are structurally similar to NAD (Belenky 2007).

NAD is a necessary element for ATP production in glycolysis, which is partially regulated by ribosomal proteins. In 2011, a scientific study found that targeting a ribosomal protein called S6K1 led to the suppression of glycolysis in mammalian cells (Tandon 2011). NAD also acts as a cofactor in gluconeogenesis within mitochondria, and its cousin NADPH is involved in the pentose phosphate pathway that is used by cells to regenerate five-carbon sugars, which are building blocks for DNA and other critical cellular components. Adachi, et al. was able to use NAD-dependent and NAD-independent dehydrogenases in acetic acid bacteria to discover the responsibilities of other enzymes involved in oxidative fermentation and the pentose phosphate pathway (Adachi 2014). Dehydrogenases are involved in the transfer of hydrogen atoms and electrons in metabolic reactions. Understanding which dehydrogenases require NAD reveals information about the mechanisms involved in the formation of cellular products.

Information such as this can be vitally important to professionals in brewing and viticulture who are studying the effects of different chemicals or additives to the fermentation process. If the requirements of yeast are further studied, researchers may discover that an increase in NAD could lead to an increase in ribosomal proteins that are necessary for glycolysis. Results like this could yield profitable technology to scientists who are in search of innovative ways to improve the enzymatic activity of yeast. For example, NADH is used as a cofactor to the enzyme alcohol dehydrogenase to regenerate NAD in the last step of alcoholic fermentation, where ethanol is produced. A typical beer fermentation lasts approximately fourteen days. Large-scale brewing is tightly scheduled and could hypothetically benefit from increased levels of NAD to improve enzymatic processes and thus decrease fermentation periods.

Walters, et al. also suspects that NAD-capped mRNAs are present in other eukaryotic cells. This could prove important to the future evolution of proteins within yeast and mammals. If RNA polymerase II and other transcription factors are able to more widely recognize NAD as an initiation signal, then it is feasible that more mRNAs can be transcribed and subsequently more proteins will be expressed within cells. A discovery like this could redefine yeast’s role in fermentation, giving these unicellular organisms the ability to convert sugar to ethanol more efficiently, or even the ability to produce new esters and phenols that provide unique flavors to beer. It may even be possible that other cofactors could be discovered as caps to a small percentage of mRNAs (Furuichi 2015), potentially revealing evolutionary and genetic differences between species and cell types that could allow scientists to make clearer distinctions and connections between living organisms.