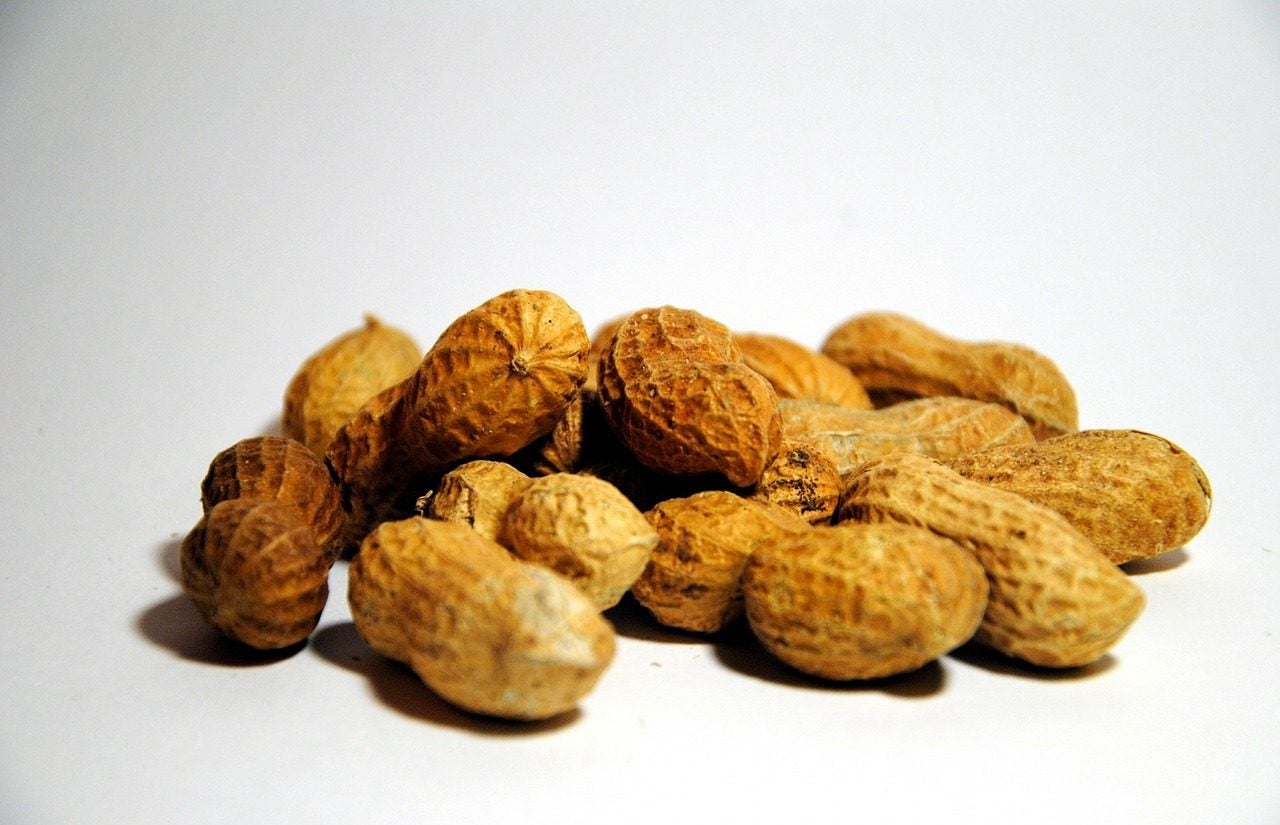 Author’s note: I wrote this case study for my writing in health sciences class since allergies are a growing epidemic in the developed world. Due to the prevalence of this chronic chronic condition, food contamination is health concern for those prone to acute allergic reactions. However, little is known about the etiology of immune system dysfunction and many patients are unable to receive a concrete diagnosis. I chose to interview my friend to get a glimpse into what it’s like to manage this chronic condition and to learn more about the potential causes and treatments.

X* had her first allergic reaction at the age of two after eating a pack of Ritz crackers.

Within an hour, she started crying and became covered in hives. Thinking that their daughter was on the verge of suffocation, her parents rushed her to the emergency room, where the doctors were able to stop what turned out to be her first allergic reaction.

X’s parents did not have a reason to read the allergen warning on the Ritz pack. Her diagnosis, peanut allergies, bewildered her parents. In their Asian home country, the condition was not widely recognized. Peanut oil, a common ingredient in traditional Asian dishes, had never caused allergies in her family. X’s parents did not have a history of allergies, nor did they expose X to an excess of peanuts as a baby. Little information was available about the cause and management of allergies in the early 2000s when X was first diagnosed; according to the U.S. clinical allergy management guidelines claimed, environmental exposure to peanuts and peanut oil during infancy positively correlates to allergy development later in life [1]. Current research suggest that peanut proteins can activate the immune system and trigger the development of peanut-specific antibodies [2]. When the body detects the presence of an allergen, a supply of antibodies is ready attack the antigens, such as peanut proteins. However, the immune system has to be sensitized or develop antibodies to the allergen before the first allergic reaction. The first exposure does not elicit an immune response–instead it mediates the production of antibodies that are readily released upon the second exposure. Infants usually receive their first exposure in the womb or through breast milk. This logic did not fit X’s case since her mom avoided peanuts when she was pregnant to prevent the weight gain associated with peanut consumption. With no research hospital in the area, the doctors could not determine the cause of her allergies. There were no immediate treatments available apart from strict avoidance of allergen-containing foods and a prescription of EpiPen auto injectors with a dose of life-saving epinephrine to prevent anaphylaxis. EpiPen becomes useful when a patient accidentally consumes an allergen and enters anaphylaxis–an acute allergic reaction that results in a systemic drop of blood pressure and constriction of the airways. If left untreated, anaphylaxis can be fatal. Delivery of epinephrine relaxes the muscles, dilates the airways, and increases heart rate to restore blood circulation. EpiPen has saved X from these detrimental consequences on a few occasions.

When X entered primary school, her mom rigorously managed her diet. X could never eat at the school cafeteria or consume processed foods in case of a peanut contamination. This resulted in conflicts between mother and daughter, especially when X could not share snacks with friends or go trick-or-treating on Halloween.

Until high school, X had been successfully avoiding peanuts, but she continued experiencing rashes and injecting herself with EpiPen. After further skin prick testing, X was diagnosed with allergies to soy, milk, and eggs. Her doctors realized that she became progressively sensitized to more allergens since her initial diagnosis [3]. X’s blood work also showed abnormally high levels of IgE antibodies, which normally defend the body against parasites. In developed countries, where the environment is artificially disinfected, IgE antibodies cross-react with proteins in food or pollen that are analogous to those in parasitic microorganisms [4]. Over time, IgE antibodies develop memory and contribute to a stronger response with repeated allergen contact [5]. Since X’s symptoms were worsening, she was prescribed weekly injections of IgE inhibitors, which eased her dietary restrictions. X was now able to eat at restaurants and not worry about traces of peanuts.

While most products have allergen warnings in the United States, X found it difficult to find information on the presence of peanuts in Asia. For instance, instead of having a soup at a restaurant that may have contained peanut oil, X resorted to a sandwich that had a hidden layer of peanut butter. After one bite, she was on the verge of anaphylaxis. She immediately injected her thigh with the EpiPen and went to the hospital. When X explained her symptoms to the hospital staff, they were unsure of the definition of peanut allergies. The emergency room doctors were powerless and X left the hospital receiving little treatment. Thankfully, a 0.3-milligram dose of epinephrine from her EpiPen was enough to keep her safe and prevent the rash from coming back. Although food allergies are uncommon in Asia, the incidence rates in urbanized cities are almost comparable to the Western world [6]. The Asian healthcare system does not have delineated guidelines for treating allergies and there is a lack of awareness and appropriate testing.  However, the rates of autoimmune disorders in developing nations remain low, possibly due to the high prevalence of parasitic infections that prevent IgE antibodies from cross-reacting with food [7]. After this life-threatening event, X avoids traveling to Asia or countries that do not have stringent food labeling guidelines.

X also faced problems with food labeling during her first weeks of college as a freshman. While the dining hall had allergy warnings, the facility still processed nuts and did not place lids on peanut butter. X had to frequently use her EpiPen before learning how to avoid certain serving stations. Unfortunately, cross-contamination is not uncommon at public food facilities. One such example is a tragic death of a 10-year-old girl, who entered anaphylaxis after eating at a school cafeteria. When she reported experiencing asthma-like symptoms, it was too late to administer the EpiPen before her heart stopped. This tragedy led to legislature that now requires all Canadian schools to reduce exposure to allergens and train staff on prevention measures [8]. While the United States has similar laws, they are not as stringent and apply to only a few states. There is no information available if colleges comply with similar regulations.

The United States’ guidelines for allergy management changed in 2016. In early 2000s clinicians recommended delaying the introduction of peanuts to a minimum of 3 years of age even though no clinical studies have been conducted to support this recommendation  [9]. In fact, complete avoidance may have exacerbated X’s condition and overall contributed to the increased prevalence of allergies in the recent decades [10]. Evidence suggests that exposing at-risk infants to small doses of peanuts earlier in life decreases fatal allergy episodes compared to avoidance [11]. Studies from Israel show that infants have a ten-fold lower risk of developing allergies if their mothers consistently consume peanuts during pregnancy [12]. This may explain why X is so sensitive to peanuts—her mom avoided peanuts when she was pregnant.

Research has led to the development of the next generation treatment that is currently in Phase III clinical trials. DBV Technologies created Viaskin, a skin patch that is saturated with peanut allergens. The antigens from the patch penetrate through the skin and safely travel to the lymph nodes, avoiding the bloodstream. Prolonged exposure to the allergen may desensitize the immune system or build tolerance, thereby improving the condition management. The long-term studies have shown a 99% decrease in life-threatening reactions from an accidental allergen exposure [13]. A placebo-controlled, randomized clinical trial is currently enrolling participants at a research center near X’s house.

X plans to either enroll in the Viaskin study or become a research assistant for the clinical trial after she graduates from college. After hearing that her allergic friend has a patch and can safely eat 16 peanuts, gives X hope that she can become allergy-free after more than two decades of fighting her condition.