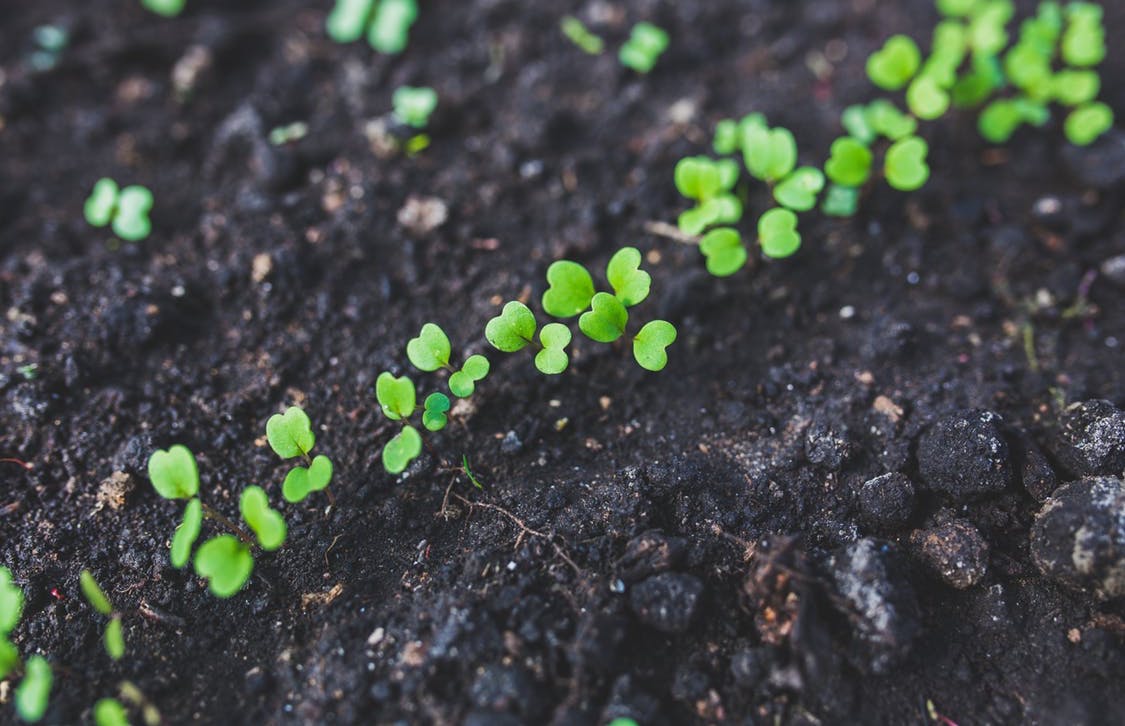 Author’s note: I read about Dr. Scow’s research while looking for a faculty member to interview for a class assignment. She is a professor of Soil Science and Microbial Ecology at UC Davis, and her research emphasizes microorganisms’ roles in providing ecosystems services. Dr. Scow was featured in an article on a UC Davis website about carbon sequestration as a tactic to address climate change, and from there I discovered Russell Ranch, where she serves as Director (1). I immediately became interested in the variety of experiments conducted on the experimental farm, and began to learn more about Dr. Scow’s work. Her work is extensive; in addition to directing Russell Ranch, she actively works with Ugandan smallholder farms on irrigation. I sat down with Dr. Scow to discuss her passion for soil, what her research has taught her, how her relationship with soil has evolved, and what other people can learn from the powerful ecosystem that lives underground.

SL: What sparked your interest in soils?

KS: When I was fourteen my family drove across Europe through a number of countries. For some reason, I collected a soil sample from each country. I have no idea why I did that, except [to have it] as a memory of a place, a different kind of memory than sugar packets and postcards…And I didn’t think about soil again for years.

Then in college I studied biology. I was really interested in animal behavior…I finished my Bachelor’s Degree at Antioch College and then went to University of Chicago and studied Evolutionary Biology. I worked at Brookfield Zoo near Chicago, and did research on social behavior of baboons and big cats…I ended up leaving graduate school and moving to Boston. I worked for an environmental consulting firm…and the remarkable thing I discovered there was soil.

I learned that soil was so important yet remarkably invisible to most, a combination of being so significant yet so overlooked. I think that really pulled me towards it. Soil is at the center of so much of what is happening globally–the flow of energy, the cycling of elements, and it is the home of enormous biodiversity. We didn’t even know how diverse soil was back then, [but it was] so important and so mysterious and there was so much more to learn.

And I always use the word “love” when I talk about soil. I fell in love and just totally lost my heart to soil.

SL: How has your interest in soil science evolved since then?

KS: I began my career working on contamination by organic pollutants and their biodegradation by microorganisms in soil. I’m really interested in the capacity of indigenous microbial communities to break down contaminants in the environment. From there I branched out to studying the roles of soil microorganisms in agricultural systems…I became interested in soil processes and microbial communities on the farm, and their connections to human communities and the larger food system.

SL: Can you briefly explain the purpose of Russell Ranch and how you got involved as Director?

KS: Russell Ranch Sustainable Agriculture Facility, part of the Agricultural Sustainability Institute, is one of [a few] long term research experiments on the planet, initially founded almost thirty years ago. I became Director about 10 years ago. The goal is to study the effects of different agricultural practices and management systems on the environmental and economic sustainability, and resilience, of agroecosystems. Russell Ranch is a hub for researchers and stakeholders to come together, collaborate and exchange ideas on a common experiment.

The [other main purpose] is long term research. Most research projects last two or three years if you’re lucky. If you are studying sustainability, change is often small and incremental, over long periods of time. You won’t see much in just a couple of years. Longer time is needed to detect changes, good or bad, and relate them back to effects of different practices: fertilizer use, irrigation practices, soil management, or to phenomena you can’t control like climate change.

SL: In your time as director, what have been some of your favorite findings?

KS: There’s a number of interesting things. We have compared crop yields and soil quality of organic and conventional tomato-corn rotations in our Century Experiment after 20 years. The conventional system receives synthetic fertilizers and synthetic pesticides; the organic is fertilized by winter cover crops and composted poultry manure. Averaged over the years, the yields of conventional and organic tomatoes are approximately the same. But what is different and quite dramatic is that conventional yields vary a lot, year to year, sometimes higher and sometimes lower. In contrast, the yields of the organic system are far more stable and seem more resilient to changes in weather, pests or whatever is underlying those variations. Soils are really different too! The organic soils have about 30% more carbon and microbial biomass, higher aggregate structure and water infiltration rates than the conventional soils. We are sequencing their microbiomes now and anticipate some major differences!

A food chemist, Alyson Mitchell, [is] interested in antioxidants in food [and] measured the flavonoid content of tomato fruit in organic and conventional management systems. In our archived tomato samples collected over more than a decade, she found significantly higher flavonoids in organic than conventional tomatoes appearing after 4-5 years of management. This kind of research on how agricultural practices affect the quality and not just quantity of food is so important these days with our focus on nutrition. Russell Ranch is an excellent place to study these questions.

Research we’ve done on deficit irrigation of tomatoes has revealed that we can reduce water inputs to tomatoes to as much as 40% of what we’d predict based on the plant’s evapotranspiration (ET). We start the reduction 6 weeks before harvest. Not only are the tomato yields the same as if you’d given them 100% water, but the solids content of the fruit is much higher. The tomato processors like this because it reduces the amount of water they need to get rid of. It is definitely one of those win-win results.

SL: Generally, how has looking deep into the ground below shaped the way you view the rest of the world?

KS: I get a lot of inspiration from the soil…it’s anchored me, I suppose. I’m really interested in this question: is soil alive, or is soil a habitat for living things? I think our relationship to soil would be different if we viewed it as a living thing. Of course some folks have had that concept forever; living soil is interwoven in the idea of Pachamama in the Andes. In the US, in a lot of modern agricultural practices, soil is treated more as an inert medium.

I sometimes say soil is everywhere but it’s nowhere. Though we walk on it everyday, many don’t think twice and know little about this tremendous life force that’s going on beneath our feet. With climate change and soil erosion, it is more pressing than ever for all of us to learn how to take better care of soils and strengthen our relationship with it. This is the first time I’ve seen so much attention on soil from the public. I’m very curious to see where this new attention goes in terms of widespread adoption of regenerative agricultural practices and policies that protect the soil.

SL: You were saying it isn’t very obvious what’s happening to the soil.

KS: Soil is a bit secretive and hard to read. I was one of the main science advisors for the film, The Symphony of the Soil. The director Deborah Garcia tells the story about when she first started filming, she stood in a beautiful field on a farm and said “OK shoot” [to her cameraman] and he said “I don’t see anything.” The film went on to reveal how much actually is going on in soil. You just don’t see much with your bare eyes.

Soil is in trouble. We are losing it globally at alarming rates–through erosion and pollution and urban development–and it takes an enormous amount of time to rebuild soil. As a society we are far more aware of the impacts of degraded water and air than soil. Soil needs champions.

Fortunately, awareness around soil is growing…for example, the concept that soil needs to be healthy to provide healthy food and in turn healthy humans [is becoming more publicized]. More farmers are adopting practices to regenerate soils. California and US agencies are developing policies to promote soil health. And I’ve noticed a growing interest in the public and among students. Though we have far to go, I am hopeful.

This interview has been lightly edited for clarity and brevity.