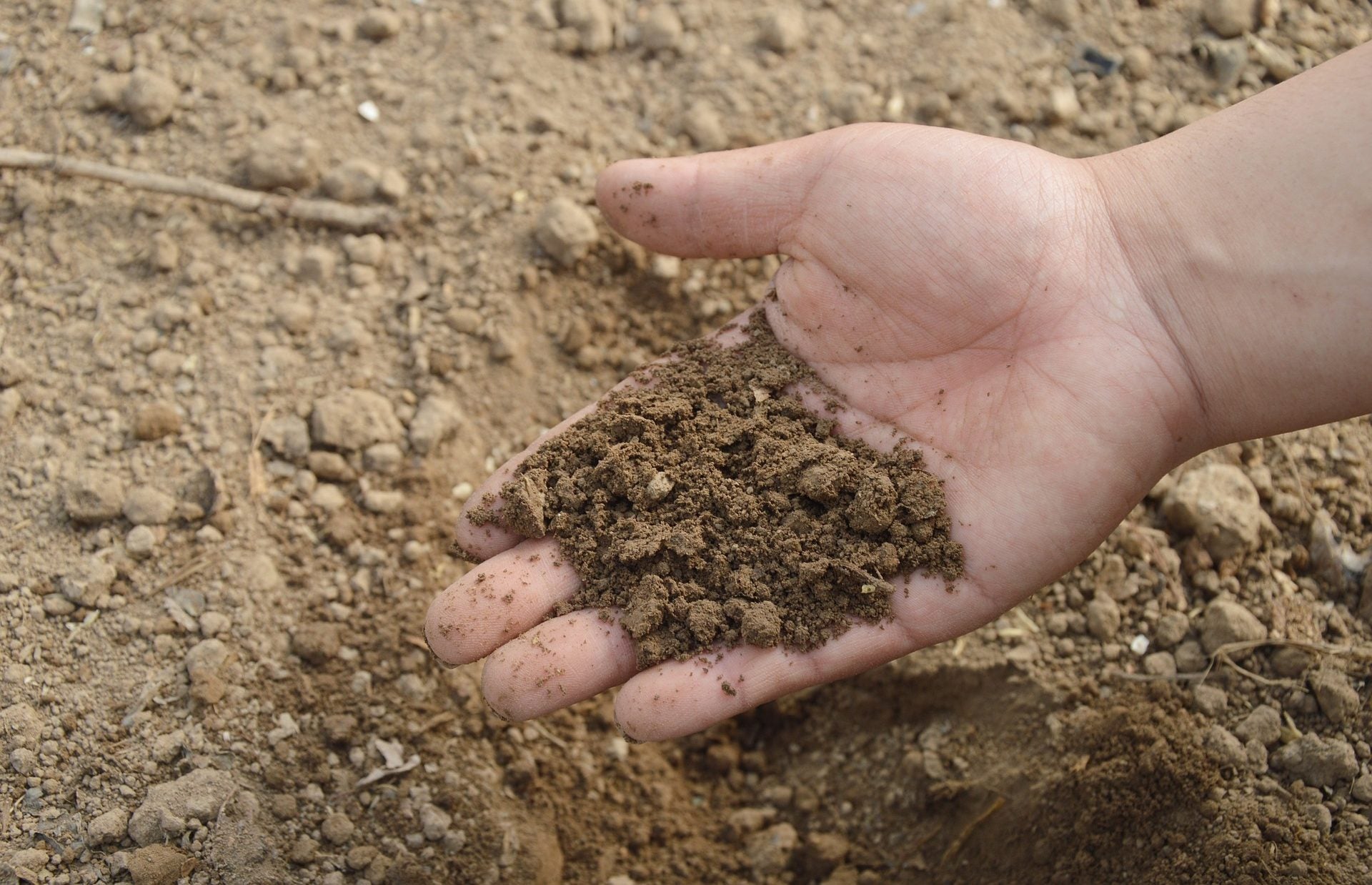 Author’s Note: This report analyzes and explains the biological, chemical, and environmental importance of heptachlor. More and more in today’s society, we are utilizing synthetic compounds as agricultural insecticides, which makes understanding what these chemicals do to our bodies and the environment of utmost importance. Farming strategies may seem far-removed from our daily lives, but these chemicals do not stay on the farm. They travel to our cities, to our grocery stores and markets, then make their way onto our dinner plates and into our children’s stomachs. I am constantly amazed at the power of scientific research to transform and demystify the detrimental nature of environmental and biological toxicants; this, combined with my passion in toxicology, has inspired me to research this topic and write this manuscript.

Heptachlor was introduced into the United States in the 1940s and 1950s, among the other chlorinated hydrocarbon insecticides, such as DDT (4). In 1971, 500,000 kilograms of heptachlor were applied to agricultural fields in soils and seeds to prevent termite infection in woods (4). However, after it became evident that heptachlor’s toxicity was a serious health concern, the Environmental Protection Agency (EPA) banned all registered use of heptachlor because of its carcinogenic properties and bioaccumulation in food and water. With the exception of treatment of fire ants in underground power transformers, there is no use of heptachlor in the United States now (2). In contrast, heptachlor is still used as an insecticide in some areas in Asia, Africa, and Eastern Europe (5). The form of greater toxicological concern is heptachlor epoxide, which is a metabolite of heptachlor in soil and the human body. Heptachlor epoxide is more toxic because it degrades slower than heptachlor, thus, is more persistent in the environment. Both heptachlor and heptachlor epoxide can be found in freshwater, estuarine, and marine systems (6). This review will cover the current literature on heptachlor toxicity and investigate the impact of heptachlor on biological systems.

The primary organ and organ systems that heptachlor targets are the liver, central nervous system and reproductive system, while secondary target organs include kidneys and lungs. Heptachlor is primarily metabolized in the liver into heptachlor epoxide, which has the same toxic potential. The reproductive system is a sensitive target for heptachlor toxicity because this system lacks a comprehensive detoxification system like the CYP450 enzymes in liver. CYP450 enzymes facilitate chemical reactions that chemically convert the toxicant into a more hydrophilic metabolite, thereby enhancing toxicant elimination by urine. Oral exposure of 1.8 mg/kg/day to female rats over 14 days caused decreased fertility due to decreased estradiol and progesterone levels. Estradiol and progesterone are important hormones produced by the ovaries, placenta, and adrenal glands; decreased levels may result in endocrine disruption and delayed sexual development. Oral exposure of 0.65 mg/kg/day over 70 days caused decreased sperm count in male rats. The mechanism of heptachlor’s reproductive toxicity remains unknown (1-2).

GABA, the molecule that normally binds the GABA receptor, is an amino acid which can also serve as an inhibitory neurotransmitter in the mammalian brain. Heptachlor primarily acts as a noncompetitive antagonist of the chloride channels of the GABAA receptors in mammals.  In other words, heptachlor blocks the Chlorine channel in the cells thus preventing GABAA activation (1-2, 14). By inhibiting the inhibitory neuron, heptachlor causes hyperexcitability of the cells. Although the heptachlor toxicity mechanism in liver is unknown, it is observed that in rats that presence of heptachlor elevates intracellular calcium levels and induces protein kinase C (PKC), which in turn activates the activator protein-1 DNA binding thereby causing tumorigenesis (2, 14).

When animals are exposed to heptachlor above the toxic threshold, symptoms occur including tremors, convulsions, ataxia, and changes in EEG patterns (1). Also, rats who were orally exposed to >320 ppm of heptachlor had consistently lower body weight than rats that were unexposed (15). In humans, clinical symptoms of heptachlor toxicity include seizure, vomiting, and convulsions (2).

Although heptachlor epoxide is theoretically an effective mutagen because of its high reactivity as an electrophile, research studies on heptachlor mutagenicity yielded mostly negative results. For example, heptachlor was not mutagenic in the auxotrophic strains of E. coli by reversion bioassays (14,15). In addition, heptachlor is proven to increase liver tumor incidence as an epigenetic promoter in previously initiated B6C3F1 mice. Heptachlor is a carcinogen in mice by inhibiting intercellular communications to promote tumor growth (14,16). On the other hand, research studies that investigate heptachlor’s teratogenicity, or tendency to disturb embryonic development, yielded mostly negative results. For instance, although feeding rats with diets containing heptachlor produces pups with higher mortality, no congenital malformation was found (2, 14, 17).

Long-term exposure to heptachlor can cause liver damage in animals. In rats, prolonged exposure of sub-lethal doses of heptachlor is associated with increased CYP450 enzyme induction and other hepatic microsomal enzymes, in addition to liver hypertrophy (18). In humans, chronic exposure to heptachlor results in storage in adipose tissue and breast milk, because heptachlor is very lipophilic. Infants are at risk of being exposed to large doses of heptachlor if they consume contaminated breast milk (17). Despite the lack of human studies on long-term exposure, a multi-generation study conducted on rats concluded that oral exposure of 6 mg/kg/day of heptachlor is associated with decreased litter size, increased mortality and lens cataract (2). Because of its high lipophilicity, heptachlor residues can remain in the body over time. Heptachlor’s long-term toxicity damages the body gradually, further underlying the need for strict regulations of heptachlor use worldwide.

Recent research on heptachlor focuses on its toxicity, specifically on the oxidative stress caused by heptachlor and its metabolism in aquatic animals. For example, Vineela et al.’s study investigates the impact of sub-lethal concentrations of heptachlor on carp fish Catla catla by measuring enzymatic activities of mostly Phase II enzymes (19). Phase II enzymes, a part of the CYP450 enzyme class, primarily perform conjugation reactions to convert the chemical into more water-soluble form to enhance urine elimination. Oral exposure of heptachlor at 1.46mg/L (20% of LC50 concentration) for 45 days causes a significant increase in lipid peroxidation, superoxide dismutase, glutathione-S-transferase and catalase activity in Catla catla. The results suggest that carp fish have a sensitive biological defense system against heptachlor, because low concentration activates the detoxification by increased biomarkers of primarily Phase II activity to prevent heptachlor toxicity and organ damage (19).

In addition to heptachlor toxicity, current research also focuses on how to remove existing heptachlor from the environment via microbial degradation, as this method is more environmentally mindful and cost-effective than current physicochemical methods. Qiu et al.’s study discovered a novel strain of bacteria, named strain H, that can metabolize heptachlor efficiently. Strain H is a Gram-negative, short rod-shaped, single-cell bacterial strain that can degrade heptachlor at a rate of 88.2% degradation in 130 hours when exposed to 300 μg/L of heptachlor at 30oC. The main metabolites of heptachlor by strain H include heptachlor epoxide, chlordane epoxide, and 1-hydroxychorodene. This innovation allows possible bioremediation by microorganisms like strain H in heptachlor-contaminated soil and water to reduce heptachlor toxicity and threat to the environment and animals (20).

Recent studies on heptachlor took a creative approach in gaining a deeper understanding in reducing heptachlor toxicity by enzymatic activity in aquatic model organisms and inventing novel microorganisms to metabolize heptachlor into less toxic metabolites. These new techniques will benefit public health by developing cost-effective ways for toxicant removal and controlling the environmental/biological fate of toxicants without causing additional harm.

When initially used as an insecticide, heptachlor’s toxicity became a threatening health concern. The ban of commercial heptachlor use in the United States was a step in the right direction, as misuse of heptachlor can cause severe environmental consequences such as prolonged residue in soil and water habitats along with toxicities in humans and animals. Based on this research, other countries should pursue a substitute pesticide that has less potential for environmental and biological damage than heptachlor.

Most studies conducted regarding heptachlor toxicity were conducted between the 1950s and the late 1980s. Future research can focus on the dose-response relationship of heptachlor exposure within large populations and whether genetic polymorphism contributes to the metabolism of heptachlor. Environmental toxicologists can also study the synergistic toxicity of heptachlor on environmental damage with other pesticides, since common pesticides often contain more than one chemical (1,2).

The author would like to thank Dr. Matthew Wood and Mr. Thomas Sears for providing feedback on early versions of this manuscript.

Works Cited (in order of appearance)